The challenge this week was to create a Mid Century print for a cocktail dress to be used in a real life production of How to Suceed in Business Without Really Trying.
The play is being staged by the Carey Players in North Carolina so the costume designer contacted Spoonflower (also located in North Carolina) to see if a Spoonflorian could come up with a suitable design.
I contacted the costume designer seeking more info on the character and the dress and this is part of his reply:

The dress is for the number called "The Paris Original Dress." In summation, one of the characters (Rosemary, the female romantic lead) thinks she has bought a new and original design for a cocktail dress straight off the boat from Gay Paree. Alas, she is mistaken, as when she arrives at the party she sees that the other women (some chorus and one or two second lead characters) all have the exact same dress.


The costume designer also gave me the details of the Butterick pattern (Retro Butterick B4790) that the costumers will be using to create the dress. Having this knowledge completly changed my approach to the design. 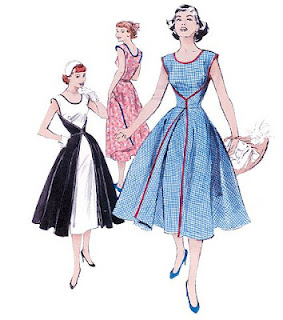 Whilst researching for this design I came accross a wonderful archive of designs by Victor Stiebel, a South African designer who worked in London from the 1930's onwards.
The colour pallette I chose for my design was inspiried this particular design created by Stiebel in Spring 1960.

Flower patterned (blue, white and brown) cocktail outfit with full, gathered skirt and matching blouse with scoop neck and Peter Pan collar and five buttons down the front and capped sleeves. An alternative sleeveless gold blouse has a scoop neckline with a drape across the bust going up over the neckline. Spring 1960.
From the London College of Fashion Victor Stiebel Archive

Instead of going for a very geometric design I opted for something more traditional with 50s/60s style motifs worked into a romantic floral in fresh early 60s colours. I think a floral of this type would suit Rosemary's character. 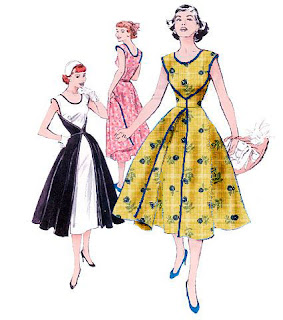 A Sucker for Succulents

Well, what do you know?! The subject of the fabric design competition this week is Pomegranates and I just happen to have a few designs on that very subject!
It's nice to be so prepared (even if inadvertently) for the Spoonflower weekly comp. 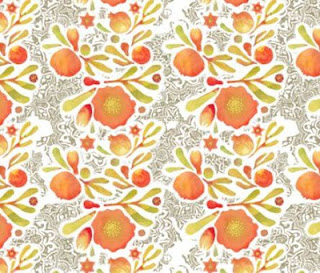 You can vote for my design and your other favourites here. But be quick, votes are open for a few more days only. See my Spoonflower shop here or my Flickr images of the printed fabric here.